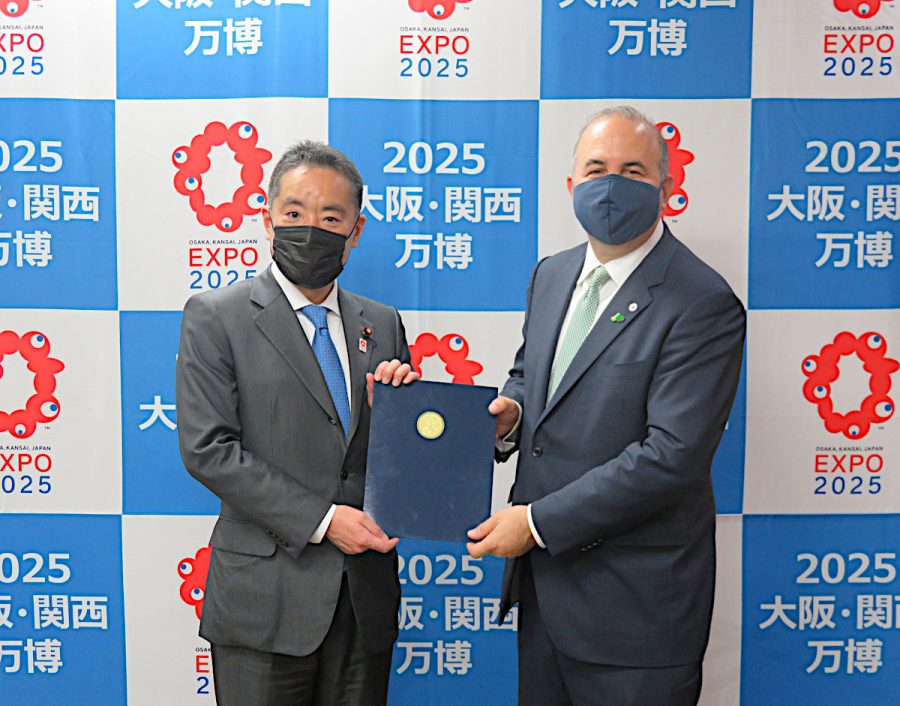 On July 16, 2021, Mr. Daniel Rochman, Political Minister-Counselor, Embassy of the United States of America in Tokyo, met Mr. Inoue, Minister for the World Expo 2025 and confirmed its participation in Expo 2025 Osaka, Kansai, Japan.
Mr. Inoue expressed his sincere appreciation and hope that the U.S. pavilion will bring excitement to people around the world like the moon rock exhibit did at the Osaka Expo in 1970.