With the cooperation of the “Osaka Kansai Expo 2025 Ambassadors” who convey the attractions of the Expo as “the faces of Expo 2025 Osaka, Kansai, Japan,” we are working to build momentum toward the Expo. 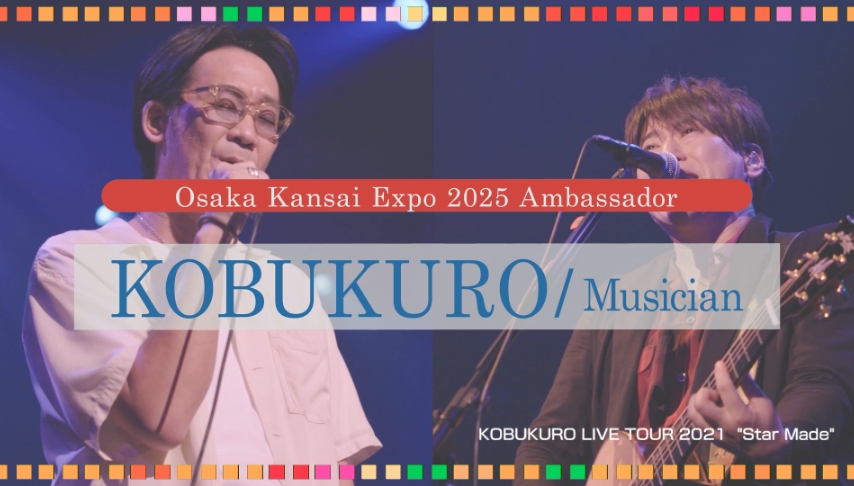 KOBUKURO is a duo by Kentaro Kobuchi (Guitar & Vocal) and Shunsuke Kuroda (Vocal). In 1998, Kuroda and Kobuchi, who were street musicians on the streets of Osaka, met and formed “KOBUKURO”. In 2001, they made their major debut with the single “YELL／Bell.” In 2005, they participated in the “56th NHK Red and White Year-end Song Festival” for the first time. They are a vocal unit representing Japan that is gaining popularity regardless of age or gender due to the beauty of its melody line and harmony.

Kentaro KOBUCHIAs artists who started out in Osaka, we’re very happy that the 2025 Expo is to be held in Osaka and feel that it represents hope for the future. I’m proud to serve as an Expo Ambassador and determined to contribute to success of the Expo by conveying my love for Osaka and its energy through our music. Thank you.
Shunsuke KURODAI’m very honored to serve as Ambassador for the Expo to be held in my hometown, Osaka. I was born in 1977, so I didn’t get the chance to visit the 1970 Expo. But I learned from my parents and TV shows that the event was filled with dreams and hope. I’m determined to fill Osaka with excitement toward making the Expo a great success. 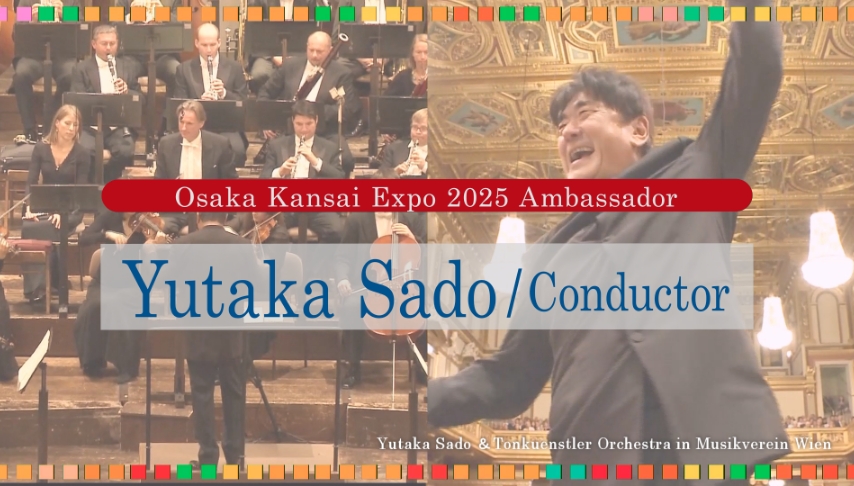 Studied under the late Leonard Bernstein and Seiji Ozawa. Recipient of the Grand Prix of Besançon International Competition for Young Conductors in 1989. Currently serves as music director of the Tonkünstler Orchestra, one of Austria’s major orchestras, as well as making guest appearances in top-class European orchestras every year. In Japan, serves as Artistic Director at the Hyogo Performing Arts Center and Principal Conductor of the Siena Wind Orchestra. Appointed as Music Advisor of the New Japan Philharmonic in April 2022. Scheduled to be appointed as 5th Music Director of the New Japan Philharmonic in April 2023.

I was nine years old when Japan World Exposition Osaka 1970 was held. I was an elementary school student living in Kyoto City. I had memorized the names of nearly all 116 pavilions in the venue, so I was called “Dr. Expo” at school. I was lucky enough to visit the 1970 Expo several times—I learned that there were many ethnic groups in the world I knew nothing about that each had their own unique language, customs, and culture. The wonder and excitement I felt in my precious first-ever expo experience are still fresh in my mind.
Half a century later, advances in science have brought the world’s countries much closer, and the number of foreign tourists to Japan has increased dramatically. However, war and terrorism still linger all over the world, and unfortunately it seems that achieving world peace through development and progress has not been as easy as we had imagined back then.
I hope the Expo will serve as an opportunity for different countries and people to learn about one another and explore a future society that pursues true peace and prosperity. And I hope that lots of children will be like me when I was called “Dr. Expo,” visiting the Expo in excitement to find an unknown world. I’m determined to do my best as Expo Ambassador to realise this vision. 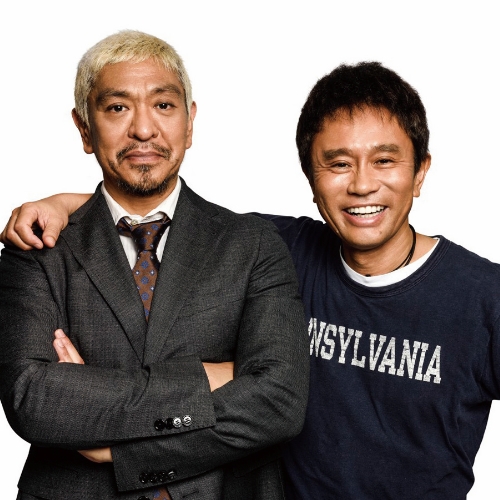 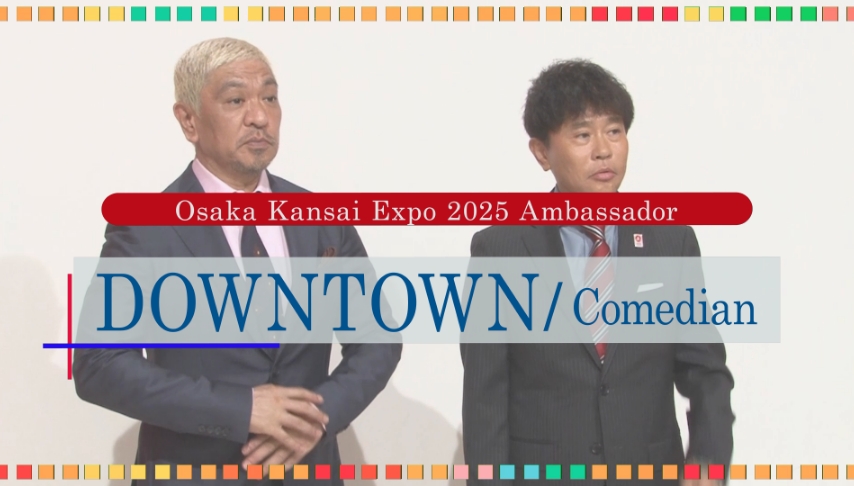 A comedy duo of Masatoshi Hamada (tsukkomi: straight man) and Hitoshi Matsumoto (boke: funny man). Formed in 1982. Joined Yoshimoto Kogyo as the first students of Yoshimoto New Star Creation (NSC) Osaka. A leading duo in the Japanese comedy scene that has had a huge impact on younger comedians. Their greatest weapon is Hamada’s ability to manage shows in a flexible manner and Matsumoto’s trendy jokes based on his ability to explore fresh ideas and pursue new forms of comedy.

Hitoshi MATSUMOTO “I’m grateful and happy to serve as Expo Ambassador. I’ll have to do most of the work since Hamada can’t be bothered (laugh).”
Masatoshi HAMADA “I’m fully motivated!” 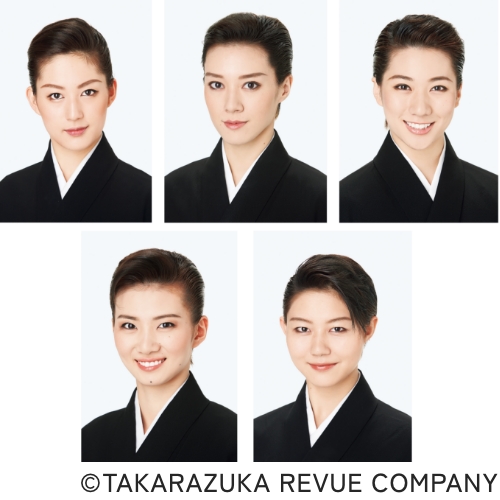 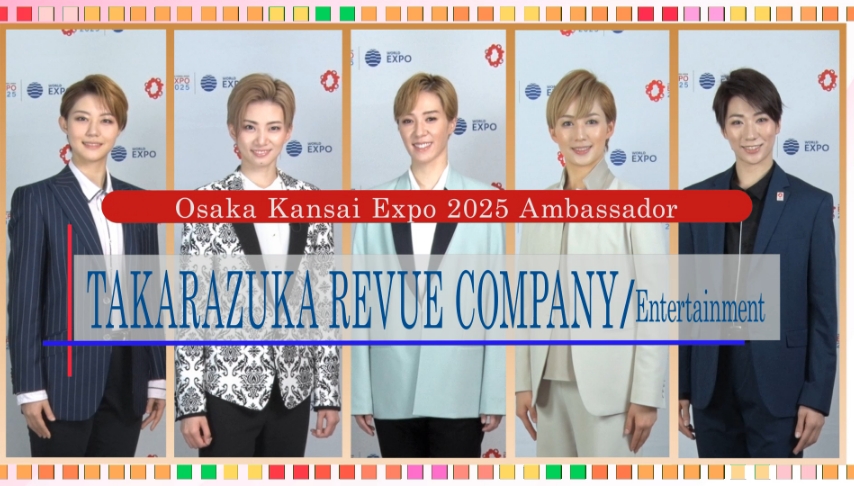 The Takarazuka Revue Company was established by the founder of Hankyu Railway, Ichizo Kobayashi. Ever since the first performance in 1914, the all-female musical theatre troupe has performed everything from classical to modern plays involving singing, dancing, and acting in both male and female roles. Five young male-role members who joined after 2014—the 100th anniversary of the troupe—will be serving as Ambassadors.

We are very honored to serve the important role of Expo 2025 Osaka, Kansai, Japan Ambassadors. The Takarazuka Revue was involved in the 1970 Osaka Expo too: some of our directors served as producers of the opening ceremony, and our predecessors who were active at the time participated in some of the events. We will do our utmost to help bring more brilliance and excitement to the Expo like our predecessors did 55 years ago, as well as help people from all over the world learn about the amazing culture of not only Takarazuka but also Kansai and Japan as a whole. Born on January 8, 1973 in Tokyo
Son of Matsumoto Hakuo II. Father of Ichikawa Somegoro VIII.
Made his debut at the age of six under the name Matsumoto Kintaro III, and succeeded to the name of Ichikawa Somegoro VII at the age of eight.
Succeeded to the name of Matsumoto Koshiro X in the January-February 2018 performance of Kanjincho at the Kabukiza Theatre in which he played the role of Benkei.
Starred as Daikokuya Kodayu in Tsukiakari Mezasu Furusato: Fuunji Tachi (June 2019), a new kabuki play developed and produced by Koki Mitani.
Has appeared in the films Ashurajo no Hitomi: Blood Gets In Your Eyes and The Samurai I Loved, and the TV drama series Tsuma wa, Kunoichi. Head of the Matsumoto School of Nihonbuyo , Director of the Nihonbuyo Association.

I’m very honored to serve as Expo 2025 Osaka, Kansai, Japan Ambassador and also determined to fulfill this great responsibility.
The Expo’s theme is “Designing Future Society for Our Lives.” It is said we are in an era of 100-year life, and I think the Expo will play a significant role as a platform for proposing solutions to environmental issues, declining birthrates, population aging, and other social challenges faced by Japan and the world.
Many people will visit Japan from all over the world to participate in the Expo. This will be a fantastic opportunity to attract global attention to the great features of kabuki and other Japanese traditional performing arts and culture. As Ambassador, I will do my utmost to help make the Expo a great success. 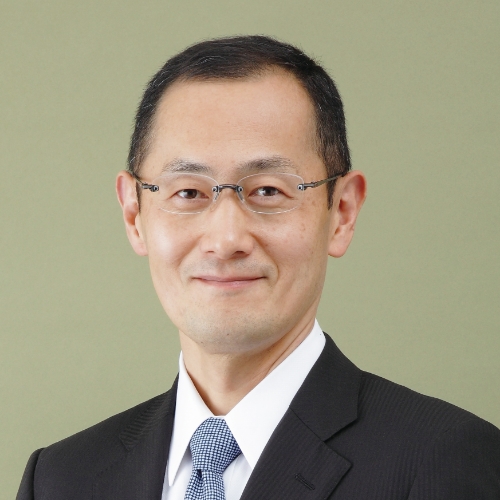 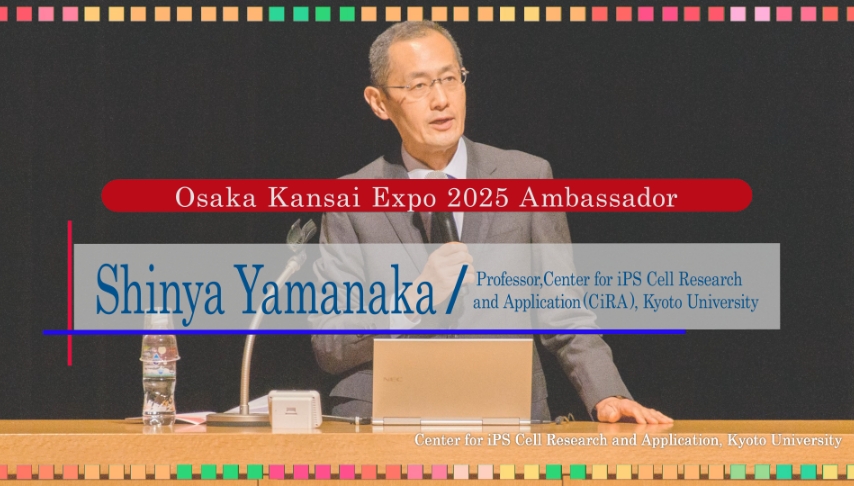 Professor at the Center for iPS Cell Research and Application (CiRA), Kyoto University. Concurrently serves as Senior Investigator at the Gladstone Institutes. Conducts innovative research in areas such as iPS cell-based pathological elucidation, drug creation, and regenerative medicine with the aim of achieving medical applications of iPS cell technology.
Has concurrently served as Representative Director of the CiRA Foundation since 2020.

I’m very honored to serve as Expo 2025 Osaka, Kansai, Japan Ambassador. I was eight years old at the time of the 1970 Osaka Expo. I remember being fascinated by the Tower of the Sun, the Moon rock, and other exhibits. I was so excited to be able to experience the future of science. I think the 1970 Expo had a big impact on my aspiration to become a scientist. I hope that the 2025 Expo will be a great inspiration to children and future generations. As Japan is currently experiencing rapid birthrate decline and population aging, achieving a healthy longevity society has become a major challenge. The Expo will be a great opportunity to present solution models to the world for “Designing Future Society for Our Lives,” which is the Expo’s theme. Personally, I hope we can show improved iPS cells to the world in 2025. I will do my best as Expo Ambassador to help make the event a great success.